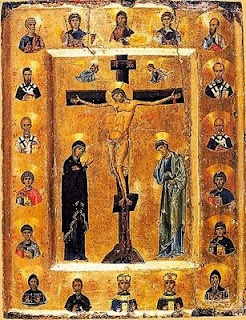 A couple of months ago, I mentioned a promising book by Thomas J. Heffernan entitled, Sacred Biography: Saints & Their Biographers in the Middle Ages. Unfortunately, I still have not read it through, but I continue to find good things throughout the first chapter, ‘From Logos to Canon: The Making of a Saint’s Life’. Here is one of Heffernan’s many insightful comments on the hagiographic tradition:

The author must also construe a life which will illustrate the exemplary behavior of the subject—what we should call the ethical dimension—to a community which has definite expectations concerning the outcome of this biographical record. . . . Thus, the new sacred model reclaims past models and in turn is authenticated by them as these past lives are reintroduced in the present. By virtue of this constitutive or ethical imperative, the individual sacred biography continually renews for the faithful a tradition of great antiquity. . . . In this pattern of figural repetitions the singular character of sacred biography—what makes it different from, say, the way Dante uses Vergil—lies in the medieval understanding that the saint’s life is the perfect imitatio Christi. Hence these repetitive mimetic patterns have as one of their primary objects the reconstitution of the divine in new historical dress. [1]

The Saint’s life as ‘the perfect imitatio Christi’, of course, reminded me of St Justin of Chelje’s ‘Introduction to the Lives of the Saints’: ‘Therefore, the Lives of the Saints are nothing else but the life of the Lord Christ, repeated in every saint to a greater or lesser degree in this or that form.’ [2] But the literary dimension of Heffernan’s comments in this passage reminded me of an underappreciated [3] essay of C.S. Lewis entitled, ‘Christianity & Literature’. Observing that in the New Testament—including St Paul’s teaching in I Thess. 1:6 that Christians are ‘to imitate St Paul and the Lord’ and in I Cor. 11:1 that they are ‘to imitate St Paul as he in turn imitates Christ’—‘the art of life itself is an art of imitation’, Lewis asks, ‘can we, believing this, believe that literature, which must derive from real life, is to aim at being “creative,” “original,” and “spontaneous”’? [4] He then goes on, courageously, to observe:

Applying this principle to literature, in its greatest generality, we should get as the basis of all critical theory the maxim that an author should never conceive himself as bringing into existence beauty or wisdom which did not exist before, but simply and solely as trying to embody in terms of his own art some reflection of eternal Beauty and Wisdom. Our criticism would therefore from the beginning group itself with some existing theories of poetry against others. It would have affinities with the primitive or Homeric theory in which the poet is the mere pensioner of the Muse. It would have affinities with the Platonic doctrine of a transcendent Form partly imitable on earth; and remoter affinities with the Aristotelian doctrine of μίμησις and the Augustan doctrine about the imitation of Nature and the Ancients. It would be opposed to the theory of genius as, perhaps, generally understood; and above all it would be opposed to the idea that literature is self-expression. [5]

[3] At least by Leland Ryken: he calls it ‘an inferior essay’ with no explanation (Triumphs of the Imagination: Literature in Christian Perspective [Downers Grove, IL: IVP, 1979], p. 225). 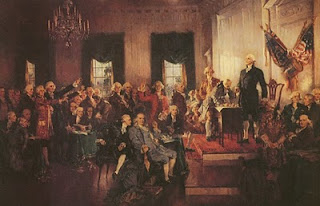 I mentioned in this post that I managed to score a few free copies of some of ISI’s ‘A Student’s Guide’ series at the ACCS conference a while back. One that I grabbed—just because it was there—was Wilfred M. McClay’s US History, but at the time I had little interest in the subject and was not in a hurry to read it. I have since been asked to teach US history, among other things, thus bringing my employment up to full time (and unfortunately, much more severely limiting available time for blogging). Thus, I opened McClay’s book in a state of panic, and found this gem:

Avoid using the term ‘political correctness’ to describe an argument or positions that seems to you contrived or ideologically motivated. First, because it is a kind of argumentum ad hominem, which fails to engage the issue at hand on rational terms, preferring instead to cast doubt on the motives of the one who offers it. This kind of argument can rebound on those who use it, and eventually render discussion impossible. Second, because the use of such a term relies upon the lamentable assumption that all orthodoxies are ipso facto coercive and illegitimate. And that is false. It is a particularly strange development when campus conservatives, who are generally thought to look with sympathy upon orthodoxy, end up branding their opponents’ views as attempts to impose an orthodoxy. This is a lazy and uncivil way of arguing, even when it is accurate (as, alas, it usually is). The emphasis should not be on the inherent wrongness of any orthodoxy per se, but the wrong of the particular ideas that a particular orthodoxy is advocating. These days, defending the possibility of a reasoned orthodoxy may be the most radical position of all. [1]