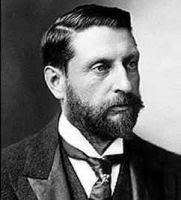 The subject of imaginative literature does not often come up in the biographies of holy ascetics. One happy exception, however, is The Life of Optina Elder Nektary, published by the Optina Pustyn monastery in 1996 and rendered in English, along with other materials, by the St Herman of Alaska Brotherhood in its book on St Nektary (Elder Nektary of Optina, by Ivan M. Kontzevitch [Platina, CA: St Herman of Alaska Brotherhood, 1998]). The Life gives us an interesting glimpse of the Elder's use of literature, primarily for the benefit of others, but also, it would seem, for his own pleasure:

When he was still in reclusion, Elder Nektary’s spiritual preceptors blessed him, after ten years of exclusive study of spiritual literature, to read secular authors and to study the secular sciences, obviously with the aim that he acquire that knowledge which would enable him to help lead the restless souls of the groping intelligentsia to salvation. He studied science, mathematics, history, geography and classical literature, both Russian and foreign. He spoke to his visitors about Pushkin and Shakespeare, Milton and Krilov, Spengler and Hegart, Blok, Dante, Gogol, Tolstoy and Dostoyevsky. In his only hour of rest after dinner he would ask to have read aloud Pushkin or some fairy tales—either Russian or the Brothers Grimm. (pp. 198-9)

Interestingly, this Life records some of the Elder’s comments on one seemingly unlikely book in particular: She (pub. 1887), a work of adventure/fantasy fiction by the author of King Solomon’s Mines, Sir Henry Rider Haggard (1856-1925). Although I was somewhat familiar with She from secondary sources, the only book of Haggard’s I’ve actually read is King Solomon’s Mines itself. Fortunately, the Life provides a brief overview of the main theme of the novel:

Elder Nektary once spoke about this cleansing fire in a commentary on the novel She by the English writer, Haggard.

This legend tells the story of an enchantress who lived for several thousand years, preserving her youth and beauty because she had plunged into a flaming fountain of life hidden in a mountain cave. Having fallen in love with a mortal youth, she wanted to give him the same everlasting beauty and immortality. When he was frightened by the wave of flames, she boldly entered it herself a second time to demonstrate that the flames were harmless, but she was instantly punished by being turned into a worn out old woman and dying. (p. 205)

Then there follows the account of St Nektary’s actual references to the book:

The Elder gave a detailed account of the hidden and unattainable cave from which would periodically come forth a thunderclap, and then a great crash; then an unusual light would burst forth, and whoever would enter into this light would receive youth and beauty. ‘To Haggard was given the opportunity to reveal a part of the knowledge of this light to the world’, he stated. His listeners were perplexed, and in the evening they asked one another about the meaning behind his teaching. In the morning, when they came to the Elder for a blessing, he met them with the words, ‘The general meaning: “O Lord!”—there is thunder; “Jesus Christ”—there’s a crash; “Son of God”—the light bursts forth; “have mercy on me, a sinner”—the soul, if it so desires (here is total freedom), is allowed to step into this light and be renewed. But the soul may become aged in a week, sometimes in one day. It happens that the light itself comes to a man. St Mary of Egypt described this to St Zosima. She was lying in the sand like a corpse in the desert, and a quiet, unearthly light appeared to her.’

In the evening of the same day the Elder said, ‘A man belongs to two worlds—the visible and the invisible. Man is made up of a physical body, that of the soul, and that of the spirit or intellect. The body is given to him for convenience, as a dwelling for the spirit, so that it might function in the visible world. The visible world is reflected in the invisible world, and vice versa. And the same cave described by the writer exists in the heart of man, but it is not given to every man to descend into this cave. There are some people who never enter it, for it’s surrounded by all kinds of dangers and precipices. The sound of thunder frightens the unclean spirits, and sometimes the soul itself. Crash!—the appearance of the Savior, as though the ordinary world has burst. And when the light sparks, the soul is allowed to enter it—not once, but even many times; and it receives youth, beauty and immortality. “She”, the heroine of Haggard’s novel, having irreverently entered a second time just to show that the fire wasn’t dangerous, lost these gifts; this fire does indeed burn.’ (pp. 205-6)

It is worth noting that, while She is not typically considered a serious piece of literature, it has acquired a reputation as a work of mythic and psychological significance, despite the genre and even the actual talents of the author as a writer. Famously, Carl Jung has written (in ‘Foreword to Brunner: Die Anima als Schicksalsproblem des Mannes (1958)’, The Collected Works of C.G. Jung, Vol. 18: The Symbolic Life, ed. Sir Herbert Read, et al. [London: Routledge, 1977], p. 545):

Psychology, unfortunately, cannot take aesthetic requirements into account. The greatness and importance of a motif like that of the anima bear no relation to the form in which it is presented. If Rider Haggard uses the modest form of a yarn, this does not detract from the psychological value of its content. Those who seek entertainment or the higher art can easily find something better. But anyone who wants to gain insight into his own anima will find food for thought in She, precisely because of the simplicity and naïveté of presentation, which is entirely devoid of any ‘psychological’ intent.

Alan Jacobs points out that C.S. Lewis’s ideas about myth generally can hardly have been influenced by Jung, since the latter’s work came too late to be formative for him (The Narnian: The Life and Imagination of C.S. Lewis [SF: HarperCollins, 2005], p. 141). But it is interesting to note that Lewis has said something very similar to the above comments, though with more wit and less pomposity, in a review of a biography of Haggard in Time and Tide in 1960 (reprinted as ‘The Mythopoeic Gift of Rider Haggard’, ‘On Stories’ and Other Essays on Literature, ed. Walter Hooper [San Diego: Harcourt, 1982], pp. 97-100). Lewis, of course, is more favourably disposed to ‘yarns’ than Jung, and the genre per se is not his aesthetic quibble. Lewis writes:

The real defects of Haggard are two. First, he can’t write. Or rather (I learn from Mr Cohen [the author of the biography under review]) won’t. Won’t be bothered. . . .

Secondly, the intellectual defects. No one after reading Mr Cohen can believe that Haggard was out of touch with reality. . . .

But though Haggard had sense, he was ludicrously unaware of his limitations. He attempts to philosophise. Again and again in his stories we see a commonplace intelligence, armed (or hampered) with an eclectic outfit of vaguely Christian, theosophical and spiritualistic notions, trying to say something profound about that fatal subject, ‘Life’. This is seen at its embarrassing worst whenever Ayesha speaks. If she was really Wisdom’s daughter, she did not take after her parent. Her thought is of the regrettable type called ‘Higher’. (pp. 98-9)

But here is where Lewis’s assessment begins really to dovetail with Jung’s:

What keeps us reading in spite of all these defects is of course the story itself, the myth. Haggard is the text-book case of the mythopoeic gift pure and simple—isolated, as if for inspection, from nearly all those more specifically literary powers with which it so fortunately co-exists in, say, The Ancient Mariner, Dr Jekyll and Mr Hyde [see my previous reference to this one here], or The Lord of the Rings. To make matters even clearer, in Haggard himself the mythopoeic power seems to have grown less as the literary art improved. Ayesha [the sequal to She] is not such good myth as She, but it is better written.

The story of Ayesha is not an escape, but it is about escape; about an attempt at the great escape, daringly made and terribly frustrated. Its closest relative, perhaps its child, is Morris’s Well at the World’s End, which came ten years later. Both stories externalise the same psychological forces; our irreconcilable reluctance to die, our craving for an immortality in the flesh, our empirical knowledge that this is impossible, our intermittent awareness that it is not even really desirable, and (octaves deeper than all these) a very primitive feeling that the attempt, if it could be made, would be unlawful and would call down the vengeance of the gods. (pp. 99-100)

Lewis ends his review with another explicit illustration of the similarity, as well as the difference, of his view to that of Jung:

This hatred [of literary critics for Haggard’s novels] comes in part from a reluctance to meet Archetypes; it is an involuntary witness to their disquieting vitality. Partly, it springs from an uneasy awareness that the most ‘popular’ fiction, if only it embodies a real myth, is so very much more serious than what is generally called ‘serious’ literature. For it deals with the permanent and inevitable, whereas an hour’s shelling, or perhaps a ten-mile walk, or even a dose of salts, might annihilate many of the problems in which the characters of a refined and subtle novel are entangled. (p. 100)

Finally, as long as we are talking about all things She, I will conclude with this little clerihew from W.H. Auden, which I found on the Wikipedia article devoted to Haggard’s novel:

Sir Rider Haggard
Was completely staggered
When his bride-to-be
Announced ‘I AM SHE!’