Genre & the Theme of Forbidden Love 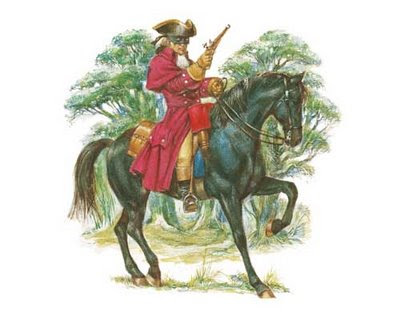 In my last post, I mentioned attending Nathan Wilson’s talk ‘Story Wars’ at the ACCS conference last week. As the moral merits of Shakespeare, or lack thereof, formed the topic of a heated discussion on this blog a couple of months ago (here), I thought it might be interesting to consider briefly a comment of Wilson’s that comes very close to our concerns in that discussion. In the synopsis of his talk, Wilson writes: ‘Teach a girl to love “The Highwayman” (or Romeo & Juliet) and you’re just prepping her for the lies of Twilight.’ Now clearly, all three works he mentions share the theme of the forbidden love of a girl for a young man who is alien to, and even in opposition to her society, and most importantly, her father. As a father myself, I certainly balk at the prospect of teaching my daughter directly or indirectly to disregard me and my counsels in order to pursue an unstable romantic love. But I have somewhat different feelings about the three examples chosen, and I think these feelings are not unconnected with the fact that all three represent different genres.

First of all, as I’m sure all can predict, I have little regard for Twilight. The series offends me at a moral level, a literary one, and even as an afficianado of vampires, who in my view ought not to sparkle in the sunshine or play baseball. There is little likelihood that I will allow my daughter to read it until such time as she is sufficiently innoculated against it on moral and literary grounds. But part of the reason for this is that, quite apart from its merits, the books are novels, and in my opinion are thus most easily situated to ‘carry away’ their reader into the thoughts and feelings of the charactres. Working in everyday prose, with all the pathetic tools of the genre at one’s disposal, a writer needs very little real talent to turn the reader in whatever way he or she wishes them to go. Witness the example of Dan Brown.

Second, as I hope I made clear in the Shakespeare post, I am far from convinced of the moral merits of the Bard’s work. Indeed, I typically find such merits quite wanting. I do find it difficult however to ignore or contradict the opinion of what seems to be the majority of Anglophone critics that—despite the bleak morality of what looks like the glorification of ‘love at first sight’—even this play has some literary merit. Mark Van Doren applies to it Tolstoy’s back-handed compliment to Shakespeare’s work generally:

However unnatural the positions may be in which he places his characters, however improper to them the language which he makes them speak, however featureless they are, the very play of emotion, its increase, and alteration, and the combination of many contrary feelings, as expressed correctly and powerfully in some of Shakespeare’s scenes, and in the play of good actors, evokes even, if only for a time, sympathy with the persons represented. [1]

In other words, I think there is something that we can teach young people to love here, if it is properly tempered with a healthy dose of moral discernment. Juliet is of course no exemplar, however fair her speech may seem.

But it seems to me that however difficult such discernment may be in the context of the cathartic alchemy of a dramatic performance, it is greatly helped by the stylised, formal nature of Shakespeare’s poetry when read as text. With a book in hand, we do not forget that we are reading words on a page, words which are very different to the way any persons then or now speak and many of which we do not even know without the help of notes. A story told in this manner is much more difficult to experience uncritically—indeed, I daresay that for most young people in our day, it is impossible. If the theme of forbidden love is our primary concern, we are not of course helped by the habits of our culture’s heart, but from a Christian perspective I would say that the form gives us very nearly just the right kind of distance.

Third, I think we have even less to fear from Alfred Noyes’s famous ballad. Though ‘The Highwayman’ lacks Romeo & Juliet’s formality and obscure language, it strikes me that the genre makes up for this in other ways. We are not meant to identify with the subjects of a ballad as we are with the tragedian’s dramatis personae. It is not a cathartic journey in which we are supposed to participate. It is a story, plain and simple, in which we learn of something that has always happened to someone else—usually to some legendary figure(s). Its morals almost never purport to rise above the level of entertainment. ‘Bess, the landlord’s daughter’ loves the highwayman and dies, not that she might provide an example of what love is—though the poem no doubt depends upon the fact that people do sometimes behave this way—but because it is exciting. The homespun nature of the genre almost serves to remind the reader that we ourselves are good, simple folk, and are not to behave this way, however much fun it may be as a story.

Your thoughts are of course welcome.

Have you ever read a serious work on the idea that the author of Shakespeare's novels was not, in fact, the little fat former actor himself but Francis Bacon and a group of intellectuals around him (Rosicrucians)? Is this just a theory of a few zealot Protestants who see conspiracy behind every rock, or is there historical truth here?

Here is a link to one such paper on the subject.

Perhaps the problem with the pseudo-vampires in the Twilight series is that unlike Dracula, they sense no heart-break or loss regarding the events of 1453.

Or as my eldest daughter told me after reading the first book, "Daddy, you wouldn't like it. It really isn't very good."

My second thought about Romeo and Juliet is that maybe it offers us sympathy with someone who we will never be, nor really should want to be. But it lets us see some humanity in something that we might otherwise simply dismiss as insanity.

Do you think that if it weren't for the play or The Highwayman we'd find something else to tack our concern that people want exciting, unstable relationships that end in ruin?

I get the sense that the pining develops even in absence of these sources, as those people I've known who get into bad relationships generally don't know Shakespeare.

As to Romeo and Juliet - isn't it deeply human - and humane? R & J are such typical teenagers, all for "love" (lust) or the world well lost. They give themselves over to their passions (and which of us can throw stones?) - and Shakespeare is very clear about where that leads.

Shakespeare might not be a moralist like Samuel Johnson or Jane Austen; but there are few, I think, who have his understanding of the range of human experience and emotion - coupled with the ability to show the results of the same.

Personally, I've never wanted to be Juliet. I can see, however, how some teenage girls might be inclined to see R & J as "romantic". In which case, the wonderful thing about Shakespeare is that he grows with you - i.e., at first you only see the grand passion, eventually you come to see that the grand passion ends in a tomb.

Phew! I'm obviously not a lover of Shakespeare :).

The thought that Nathan Wilson and I might even seen to agree on something fills me with dread.

Anonymous> I have not, but I will read the link you sent and try to get back with you.

Fr Mark> Well what can you expect of these pseudo-vampires (good term!)? They are Mormons after all...

River> Well, certainly I don't think the phenomenon of unstable relationships depends on Shakespeare or Alfred Noyes. I also agree with your comment about seeing humanity in it. But I do think that the aesthetic enshrinement of the pattern in such works as these can encourage young people who are susceptible to these things. My response to R&J as an adult with a fairly developed faculty of moral reasoning is going to be very different from that of most teenagers.

Rebecca> Some of my response to River applies to your comment as well. I think it's good from a moral perspective that, unlike Disney's Little Mermaid, the pursuit of the forbidden love doesn't result in happiness in the end. But tragic death per se is not enough, because even it can take on a romantic appeal. Indeed, the death is part of the appeal for a romantic temperament.

I always recall Dostoevsky's description of one of Fyodor Karamazov's wives that she threw herself into a river & drowned 'solely to emulate Shakespeare's Ophelia'.

Owen> I know! Actually, Doug Wilson said something that reminded me of you as well. He said that at a Xian bookstore he saw a t-shirt that said, 'JESUSAVES' where the letters 'USA' were coloured red, white, & blue, and he was tempted, and thought all Christians should be tempted, to overturn the merchant's tables right then and there. I immediately thought, 'Owen would love this!'

I think I would pay Owen to be photographed wearing that shirt.

River> I'm certain he would sooner douse himself with gasoline and light a match.

Father Seraphim Rose thought old movies, while racy in their own time, were a bit removed from our culture enough that we could safely see them with our children without them being a temptation to anyone. This should apply even more to very, very old plays. We are so lucky if we can even get our kids interested in the classics. I'd even be happy if they would get a little classical music through operas. JK Rowling, while a concern for me, got my child interested in reading, and curious about the references to Greek myths. For her, it was a gateway not to the occult, but to Tolkien and the Icelandic sagas. The movie Twilight was acted well, and silly enough to be very funny (cf-- piggyback ride up a tree.) We should pray for the author, as she is at least trying to write a clean act. The love of Christ was forbidden love in my family growing up, so maybe the theme isn't all bad. Most of us had to go against the grain and lose favor with family and friends to convert to Orthodoxy. For sure, though, no one wants their daughter to marry the witty loser addict and thief down the street. At least having them classically trained can help them set their sights a little higher and find the equivalent soul in college. (just joking)