'May I Sweet Flowers for Glory Breed'—Edward Taylor's Poetry

I had hoped to do a post on St Joseph of Arimathea today, but I'm afraid circumstances have forced me to postpone this. Instead, I shall work with what I've got, and offer a brief post on the Puritan minister and early American poet, Edward Taylor (c. 1642-1729), a selection of whose work I've just acquired: The Poetical Works of Edward Taylor, ed. Thomas H. Johnson (Princeton, NJ: Princeton U, 1974).
Stiles Taylor, Edward's grandson, recorded on the basis of family testimony that his grandfather was 'A man of small stature but firm: of quick Passions—yet serious and grave' (Johnson, p. 15). In search, it is likely, of a society more in line with his own Noncomfority, Taylor emigrated from England in April of 1668, disembarking at Boston in July of that year. Apparently not much is known about him before that time, but he was warmly received and became a guest of Increase Mather, 'even at that early date one of the leading ministers of the town' (Johnson, p. 11). Mather sent him on, in turn, to the wealthy mint-master John Hull, who sent him to Cambridge, where he had a favourable interview with the president of Harvard, Charles Chauncy, and was admitted to the college. Quoting the testimony of Taylor's roomate, Samuel Sewall, that the former 'drew me thither', Johnson concludes, 'Clearly Taylor had that within, which captivated those who came to know him' (p. 12). At Harvard, Taylor served in the prestigious position of 'student butler', and was chosen 'to declaim in the College Hall before the President and fellows' (Johnson). According to Johnson:

The youthful poetaster chose to praise the superiority of English over Hebrew and the classic languages, but he had not then developed the imaginative apprehension of form and color which he later displays. Instead, he piled conceits together with labored ingenuity.
Let English then to finde its Worth be presst
Unto the touch of Generalls Speeches test.
Speech is the Chrystall Chariot where the minde
In progress rides, Cart rutting of the Winde:
Whose Coachman drives Coach and Coach horses there
Rattling along the Mouth in at the eare. . . . (p. 13)

Graduated in 1671, Taylor was encouraged to accept the ministry of a church in Westfield, MA, on the border of Connecticut. In 1675, he married Elizabeth Fitch, who was to die 14 years later, after the birth of her seventh child, all of whom died within Taylor's lifetime. But Johnson observes, 'In none of his poems is there a hint of bitterness over his losses. The serenity of his faith was complete' (p. 14). Thus Taylor writes, in 'Upon Wedlock and Death of Children':

Griefe o're doth flow: and nature fault would finde
Were not thy Will my Spell, Charm, Joy, and Gem:
That as I said, I say, take, Lord they're thine:
I piecemeale pass to Glory bright in them.
I joy, may I sweet Flowers for Glory breed,
Whether thou getst them green, or lets them seed. (p. 118)

Taylor served as pastor and physician of Westfield for 58 years, remarrying in 1692 and seeing another six children live to maturity. He was granted a master's degree by Harvard in 1720, and when he died in 1729, a few months before his wife, Taylor's tombstone (photographed above) proclaimed, 'Aged, Venerable, Learned, & Pious Pastor . . . Serued God and his Generation Faithfully for Many Years' (p. 15)
Taylor's verse, written 'in the mannered style of the pre-restoration sacred poets', 'in the tradition of Donne and the Anglo-Catholic conceitists' (p. 11), was unpublished for over 200 years, only being discovered at Yale by Thomas Johnson in 1937. Taylor himself had decreed 'that his heirs should never publish any of his writings' (p. 11), thus consigning to an obscure library archive what Mark Van Doren called 'the most interesting American verse before the nineteenth century' (from the back cover). According to Johnson:

His sole inspiration was a glowing, passionate love for Christ, expressed in terms of his own unworthiness and wistful yearning. However much the substance of his imagination was erected within the frame of a special theology, his vitality as a prosodist and his evident delight in tone and color indicate how thoroughly he enjoyed poetry as an art. It is questionable, indeed, whether the depth of his poetic imagination and the vigor of his inventive fancy were equaled in verse by any of his countrymen until the nineteenth century. (p. 11) 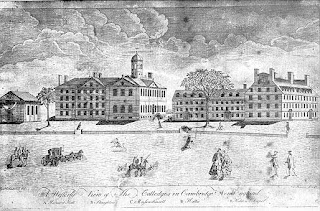 When first thou on me, Lord, wrough'st thy Sweet Print,
My heart was made thy tinder box.
My 'ffections were thy tinder in't:
Where fell thy Sparkes by drops.
Those holy Sparks of Heavenly fire that came
Did ever catch and often out would flame.
But now my Heart is made thy Censar trim,
Full of thy golden Altars fire,
To offer up Sweet Incense in
Unto thyselfe intire:
I finde my tinder scarce thy sparks can feel
That drop out from thy Holy flint and Steel.

Hence doubts out bud for feare thy fire in mee
'S a mocking Ignis Fatuus,
Or lest thine Altars fire out bee,
It's hid in ashes thus.
Yet when the bellowes of thy Spirit blow
Away mine ashes, then thy fire doth glow.

Not that I know of, but that would be really cool!

Indeed it would be cool! It would almost have to quite distant: our furtherest-back Taylor was George from Carlisle, Cumberland County, England. If you can find more on Edward, maybe we can stretch our an alleged connection!!
Loved the poetry--what a powerful witness regarding the death of his children.
Dad