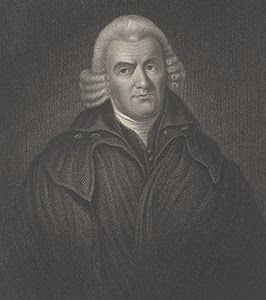 Last week, I travelled to Tulsa to visit the home of my paternal grandfather, a widower who recently turned 90, for what may be one of the very last times. The poor fellow is having to move in with my uncle so he can get a bit more assistance and less responsibility. This means that a lifetime’s worth of ‘stuff’—in fact, a good many things that I remember seeing on the walls or shelves ever since I can remember—is going to have to be disposed of in one way or another.

Even though my grandpa never went to college, he was always an avid reader, and more importantly, a devout lifelong Christian of the Pentecostal variety. So naturally, one of the things I took a good long look at was, sadly, all of the books that he won’t be reading anymore. I took a pretty good-sized stack, some for nostalgia, some for utility. I got the copy of The Orthodox Church by Metropolitan Kallistos (Timothy Ware)—the ‘New Edition’ reprinted with revisions in 1997—that I had given him for Christmas in 1997, when I’d been Orthodox for just under two years. He obviously read it, for it bears not only his copious underlining throughout, but also occasional dates, recorded, I suppose, to mark his progress (the earliest is 1-23-98, the latest 3-1-98). There are of course a few things in there that I now wish he had not had to see, but I’ve long been impressed and grateful that he actually took the trouble to read it, and indeed seemed genuinely interested.

J.C. Taylor [my grandfather’s name]
Presented by the Training Class of the
Mounds Assembly of God Church, March 1953.

In addition to the Jewish War, Antiquities of the Jews, Against Apion, and the Autobiography, the Appendix also contains a ‘Dissertation’ on and the Greek text of the Discourse to the Greeks Concerning Hades—a work now attributed to Hippolytus of Rome but long attributed to Josephus, and believed by Whiston to have been ‘preached or written [by the latter] when he was bishop of Jersualem [?!], about the end of Trajan’ (p. 987). At any rate, I was very excited to get this since of Josephus’s work I had previously only had an old Penguin edition of the Jewish War.

In case you are confused, as I was upon first opening Volume 1 and perusing it, there is a complete text of the Authorised Version of the Scriptures here distributed among the four volumes, copiously illustrated with Prof. Bain’s wonderful photographs of the Holy Land as well as regular maps. But the first volume also contains a staggering amount of reference information, including all kinds of charts and statistics. To name just a few, there are ‘Feasts and Festivals of the Jews’, ‘Books of the Old Testament in Their Narrative Order’, ‘A Glossary of Symbolic Words’, ‘Greek and Roman Deities’, and ‘The Parables of Our Lord’.

Though revised by Rev. James W. Lee, the original of the commentary proper, including extensive 'Reflections', is the work of Rev. John Brown of Haddington (1722-1787), a Scottish divine and minister in a small Presbyterian body which broke away from the main Church of Scotland over the acts of some General Assembly which had not taken the presbyteries into account (and later further divided into the ‘Burghers’ and ‘Anti-Burghers’, Brown belonging to the former). He was an autodidact, and according to the ‘Memoir’ on p. 14 of Vol. 1, while working for ‘a godly shepherd of Abernathy, he conceived the idea of one day becoming a shepherd of souls. He accordingly prosecuted his studies with increasing ardor and diligence, and soon acquired a considerable knowledge of Latin and Greek [as well as Hebrew and, later, modern languages].’ Chambers’s Cyclopædia of English Literature (here) gives a cute anecdote about the young scholar from a note his son had made in the senior Brown’s first Greek New Testament:

He (John Brown of Haddington) had now acquired so much of Greek as encouraged him to hope that he might at length be prepared to reap the richest of all rewards which classical learning could confer on him, the capacity of reading in the original tongue the blessed New Testament of our Lord and Saviour. Full of this hope, he became anxious to possess a copy of the invaluable volume. One night, having committed the charge of his sheep to a companion, he set out on a midnight journey to St Andrews, a distance of twenty-four miles. He reached his destination in the morning, and went to the bookseller’s shop, asking for a copy of the Greek New Testament. The master of the shop, surprised at such a request from a shepherd boy, was disposed to make a game of him. Some of the professors coming into the shop questioned the lad about his employment and studies. After hearing his tale, one of them desired the bookseller to bring the volume. He did so, and, drawing it down, said: ‘Boy, read this and you shall have it for nothing.’ The boy did so, acquitted himself to the admiration of his judges, and carried off his Testament, and when the evening arrived, was studying it in the midst of his flock on the braes of Abernethy.

Interestingly, in the same source John Brown’s grandson, also named John Brown, also refers to his grandfather having to defend himself ‘against the astonishing and base charge of getting his learning from the devil (that shrewd personage would not have employed him on the Greek Testament’. Indeed, according to this source, no less than the philosopher David Hume, whose scepticism has done much to serve ‘that shrewd personage’, liked ‘to hear Dr John Brown preach, because he preached as if he believed the Lord Jesus stood at his elbow.’

Bob Mattes, in his Reference Short List at Green Baggins, annotates a listing of the New Self-Interpreting Bible Library like so: ‘Excellent reference by a master Bible scholar. Besides the Bible notes, it holds an outstanding compendium of Bible information in the first volume. It’s way more than a study Bible. So good that it was updated and published until the early 20th Century.’ So, after that long disquisition on the original author of this commentary, here is a sample of his work, from the ‘Reflections’ on Numbers 10, where the Lord commands Moses to make the trumpets of silver:

In these trumpets I discern the pure and precious gospel of Christ, and hear its joyful sound proclaiming the sufficiency and suitableness of Jesus and his righteousness, calling sinful men to him and his ordinances, and encouragin them in their journey heavenward, and in their spiritual warfare with sin, Satan, the world, and death. Let me also observe, that even Sinai-visits, the most noted opportunities of intimacy with God, come quickly to an end; and that, in this world, we but remove from one wilderness to another. While, in the Hebrews’ orderly march I discern the ransomed of the Lord, directed by the Lion of the tribe of Judah, and having his Father’s presence among them, marching in goodly order to their heavenly Canaan, let me exert myself to gain others, particularly my relations, to God and glory. There is in him enough for us all. And happy are they, if grace make them forget their father’s house, and their own people, to go to the Lord! While, therefore, we have his ordinances with us, let us strive together in prayer for his presence therein; that it may be our effectual defence against enemies, and a source of every necessary comfort. (pp. 431-2)

It is interesting as well to note that in his ‘Reflections’ on Numbers 16, Rev. Brown writes:

Unsanctified honours often puff up men to their own destruction: and if God exalt them above most of their brethren, they can endure to be in subjection to none. Yea, God permits unsanctified professors, especially ministers and magistrates, to go often the most fearful lengths in sin. . . . How often have I, as these rebels, gone about to establish my own righteousness, and refused to submit to the laws of Christ; and thus attempted to thrust him from his office of priest and king over the people of God, in order that I might usurp his place! (pp. 440-1)

Would that more would-be interpreters of this chapter consulted Rev. Browns’s reflections beforehand, so that self-righteous pride might not infect their ponderings on Numbers!
Posted by Aaron Taylor at 11:23 AM

...my paternal grandfather, a widower who recently turned 90, for what may be one of the very last times.

Yes, and we're getting pretty tired of it!

Those old guys are tricky. You gotta look out around them.

That sounds like a great set, Aaron, and with a great history. Never let it go!

One of the best things I received from a recently deceased Minister while in High School was the entire Ante-Nicene and Post-Nicene Fathers set.... providence actually ended up actually making those books valuable to me!!!

I am hoping for my (future)children to one day value my growing library as much as I value it!