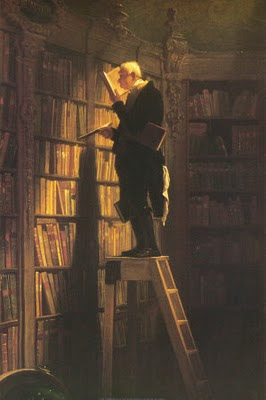 I don’t mean to brag, but I’ve got rather a good visual memory, and this, coupled with a great deal of reading (including large doses of Lovecraft at a precocious age), a lifelong devotion to dictionaries and encyclopædias, a little study of Latin, Greek, and Anglo-Saxon, and a general interest in words and etymology, has caused me to become accustomed to finding very few English words entirely unfamiliar. So imagine my surprise when, as I was reading Michael Ward’s delightful Planet Narnia: The Seven Heavens in the Imagination of C.S. Lewis, I had to start keeping a list of unfamiliar words. Not just one or two, mind you, but a small list! Excluding two which Ward deliberately listed as unnecessary jargon (one of which was easy enough to understand), I ended up with five words that I genuinely did not know without the help of a dictionary. Feel free to laugh at me if you find these words to be basic parts of any 10-year-old’s vocabulary.

1) agential. Okay, I soon felt a bit silly about this one. While it is true that I had never seen this particular adjective before, it should not have been so mystifying. Here is the context in Ward: ‘Mercury is obviously the most agential planet at work in this third volume of the trilogy; it is his articulacy that overcomes the dumbness oppressing Thulcandra, “the silent planet”.’ [1] As for parsing the word, I think for some reason I was initially reading it as an alpha-privative, and was trying to decide what ‘gential’ meant, so that Mercury could be ‘not gential’. Imagine my embarrassment when I consulted the The Oxford Universal Dictionary—the American edition of the Shorter Oxford English Dictionary—and read ‘of or pertaining to an agent’. [2]

2) cynosural. I felt a bit more justified not knowing this one. Ward’s sentence reads, ‘Venus, more than any of the other planets, can properly operate only under Jupiter’s sovereign and cynosural influence.’ [3] Really, even knowing the meaning now I do not think the context much help. My dictionary gives me the noun, ‘Cynosure: 1. The constellation Ursa Minor, which contains in its tail the Polestar, 2. fig. a. Something that serves to direct 1596, b. Something that is a centre of attraction 1601.’ [4] But I’m not so sure that Ward really means that Jupiter is ‘attracting’ charactres to himself, least of all Venus. I found a nice clue by following up a line which my dictionary offers for the figurative meaning (2)—line 80 from Milton’s ‘L’Allegro’, [5] which I give in context:

Streit mine eye hath caught new pleasures
Whilst the Lantskip round it measures,
. . .

Thomas Bulfinch comments on this line in his account of Callisto: ‘The reference here is both to the Pole-star as the guide of mariners, and to the magnetic attraction of the North. He calls it also the “Star of Arcady”, because Callisto’s boy was named Arcas, and they lived in Arcadia.’ [7] It seems to me that Ward likely means that Jupiter is guiding Venus and the other charactres, after the manner of the Polestar.

3) æstival. This one should not have escaped me as even a lazy, minimal student of Latin. So far Ward has used it twice. The first time he writes:

He extends the meaning beyond festal and magnanimous kingship to encompass ‘desires fulfilled and winter overgone’. This focus upon the æstival aspect of Jove’s influence was derived, in part, from Lewis’s observation of the development of the Criseyde story in post-Chaucerian English poetry. [8]

Here is the second instance: ‘In The Lion, the æstival effect is the result of Jovial influence and no other. Edmund’s heart gives “a great leap (though he hardly knew why) when he realised that the frost was over”, for at root he recognises that the Queen is “bad and cruel”.’ [9] Obviously, the context helps a great deal here. My trusty dictionary tells me, ‘1. Of or belonging to summer, or the sumer solstice, 2. Appearing or produced in summer.’ [10] We are also given a line from Sir Thomas Browne’s ‘Tract 2: Of garlands & coronary plants’: ‘But, beside vernal, æstival and autumnal, made of flowers, the ancients had also the hyemal garlands . . .’ [11]

4) Hudibrastic. Now this is one that, as it turns out, I had seen before and just didn’t recall. Here is Ward’s use of it: ‘The Drab, Hudibrastic versifier, Whetstone, a “very lugubrious and sententious poet”, the title of one of whose pieces (Fiftie apples of admonicioun late growing on the tree of good government) Lewis mocks, is reminiscent of the Calormene poet appealed to by Ahosta.’ [12] One might guess from this that it has something to do with poetry—might. But the word is not one with an obviously prosodic meaning, like ‘hemistich’ or ‘heptametre’. Here is what I found in my trusty OUD: ‘In the metre or after the manner of Hudibras, by Samuel Butler, 1663-78; burlesque-heroic. sb. Hudibrastic verse or language 1739.’ [13]

After discovering it was a prosodic term, then, I immediately checked Stephen Fry’s charming textbook, The Ode Less Travelled: Unlocking the Poet Within. Fry has his own definition in the glossary: ‘Used to describe the kind of tortured polysyllabic rhyming found in Samuel Butler’s mock-epic Hudibras.’ [14] Furthermore, in the appropriate chapter, Fry quotes some lines from Byron’s Don Juan, as well as Auden’s mimicry in ‘Letter to Lord Byron’. Fry then tells us:

Such (often annoyingly forced and arch) rhyming is sometimes called hudibrastic, after Samuel Butler’s Hudibras (the seventeenth-century poet Samuel Butler, not the nineteenth-century novelist of the same name), a mock-heroic verse satire on Cromwell and Puritanism which includes a great deal of dreadful rhyming of this kind:

So lawyers, lest the bear defendant
And plaintiff dog, should make an end on’t

And through his countrymen, the Huns,
Did stew their meat between their buns. [15]

5) ichneutic. Now surely this one was truly obscure. I find two instances in Ward. The first actually comes in the Preface when the author thanks, ‘Dr Charles Weiss, Dr Arend Smilde, and the Revd Hank van Wingerden for help in the sourcing of quotations; Mr Alex Ingrams, Mr Anish Lakhani, and Mr Matthew Woodcraft for joining in the ichneutic effort.’ [16] But I don’t suppose I read this passage very carefully, and did not notice it until well after I’d come across the second instance: ‘Our final ichneutic task is to observe how Mercury’s metal makes its way into the story, for although the word “mercury” never appears, quicksilver itself does.’ [17]

It’s hard to say whether I would have been helped had I seen the line from the Preface first or not, but at any rate, I didn’t see it until I’d already tried the dictionary. There I found a noun, which, while not directly related in meaning, furnished the clue in the etymology: ‘Ichneumon [a. L., a. Gr. ichneumon, lit. ‘tracker’, f. ichneuein, f. ichnos track, footstep.]’ [18] An ichneumon, as it turns out, is basically an Egyptian mongoose, but as one can see, its name comes from the Greek word for ‘to track’. Thus, ‘ichneutic’ is ‘of or pertaining to tracking’.

A life spent playing too many weird fantasy games hasn't steered me wrong; I knew a few of these from that background.

Aaron,
The picture in your post reminded me of the cover of "Benet's Reader's Encyclopedia", Fourth Edition. Do you own a copy?

I bet you'll rock at the next "Dictionary" game you play! I'll be ready for that Egyptian mongoose thing though!!

Ariston> Perhaps you should emend that to 'hasn't steered me wrong lexically'!

Joseph> I certainly do. It's a delightful reference work!

Steve> I'm afraid I'd be no match for Michael Ward though...

Ichneumon I recalled, but that's a pretty strange transformation. Liddell-Scott lists a whole passel of IXN- words, all related to tracking in one way or another.

I don't think I could suffer through more than your given samples of Hudibras. Thank you for sparing my delicate sensitivities!

Kevin> I'm glad to hear at least a couple of them got you too!