An Announcement, a Giveaway, & an Historical Revelation 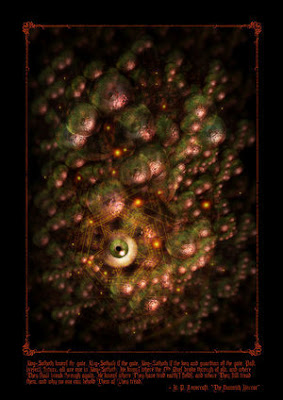 1. I am pleased to announce that after a months-long hiatus, Esteban Vazquez has returned to blogging, courtesy of a new computer replete with a functioning keyboard. That’s the good news. The bad news is that he has adopted the exotic and overwhelming WordPress for the hosting of Voice of Stefan. I suppose Esteban knows better than I what he is doing, however, and the level of entertainment in his posts certainly has not diminished with the change. In addition to the above link to the new location, I have duly changed the link in my blogroll to take readers directly to his latest offerings.

2. As an expression of his joy at returning to the blogosphere and adopting a new blogging platform, as well as his general joie de vivre, he has announced a book giveaway contest for The Bible at Qumran: Text, Shape, and Interpretation, ed. Peter W. Flint (Grand Rapids: Eerdmans, 2001). As a precondition for the contest, Esteban requires that one provide ‘your most creative theory regarding the identity of the Qumran community (if there was one, according to your theoretical construct). Obvious things like the Essenes and the Golbian Hasmonean fortress are out of the question.’ I hereby give my own ‘theoretical construct’:

The evidence appears to me to suggest overwhelmingly that the community at Qumran was a cult devoted to the worship of the Great Old One, Yog-Sothoth (whose name may be a transliteration of the Arabic يجيء الشذاذ), about whom the mad Arab, Abdul Alhazred, in his unspeakable Necronomicon, famously wrote:

Sorry this is the only post for today. There was no time . . . honest! The image above depicts the Key and Guardian of the Gate itself, at least insofar as such an ineffable horror from beyond this dimension can possibly be depicted. Your only refuge is madness.
Posted by Aaron Taylor at 11:11 PM

Aaaaah! You have said too much! Now, now it all makes sense! The repellent white-brown-yellow hills intimating shapes indescribable; the pools of foul, stagnant, water, from which unspeakable avatars would spring; the incomprehensible, unpronounceable writings, ineffable scrawls in an arcane script known only to acolytes of Nyarlathotep. No! I have said too much already! Do you hear them coming?! Those guttural sounds, that noisome breeze, the slapping of wet, glistening non-feet upon crumbling stone. No, not the horrible vomitous chanting! Ph'nglui mglw'nafh C'thulhu R'lyeh wgah'nagl fhtagn! Ia Ia C'thulhu!

I really must go.