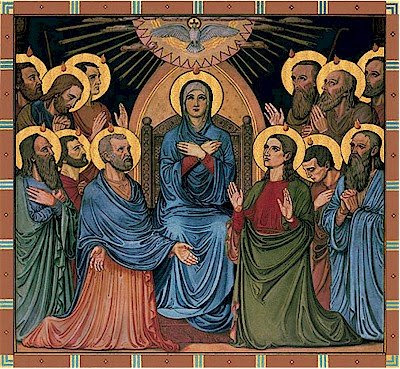 Okay, just this last post, and then I promise to stop posting about Charles Williams for a while! In my defense, I have very good reasons for this post. First, as the title suggests I must correct an error. In the last major book update (see Book Update), I mentioned an Apocryphile Press reprint combining Williams’s He Came Down From Heaven and Outline of Romantic Theology. Instead, the book is a combination of He Came Down From Heaven and The Forgiveness of Sins (Berkeley, CA: Apocryphile, 2005). Apocryphile, who are down the street from and share a post office with the inimitable Kevin Edgecomb, have reprinted Outline of Romantic Theology by itself. I apologise for any trouble and confusion I may have caused.

Which leads to my second reason for this post. I was alerted to this grievous error when I returned to Aladdin today to purchase this volume. But I got more than I bargained for. Having skipped the poetry section last time (since I thought I knew it by heart), I was unaware that it held within its bosom not only the reprint of Outline of Romantic Theology (which I decided not to buy, at least for now), but reprints of three of Williams’s early volumes of lyrics: Poems of Conformity (Berkeley: Apocryphile, 2007), Divorce (Berkeley: Apocryphile, 2007), and Windows of Night (Berkeley: Apocryphile, 2007), all of which, along with Northrop Frye’s The Educated Imagination (Bloomington: Indiana U, 1964), I am embarrassed to say that I acquired today at an exceedingly low price.

Not many of my readers seem to be terribly familiar with even the more well-known works of Williams, but these early lyrics are particularly obscure. Fortunately, Glen Cavaliero has provided us with a trenchant analysis of this oeuvre as a whole in his Charles Williams: Poet of Theology (Grand Rapids, MI: Eerdmans, 1983). Of the early poetry, he writes:

. . . However it is not merely a quarry for ideas. It constitutes a way of seeing and feeling which gives one the clue to much that he wrote later.

. . . His early poems are almost exclusively theological: never was poet more concerned with doctrine as such. And the more doctrinal the content, the more clearly Williams’s authentic voice is heard. Sometimes the bulky shade of Chesterton looms large, or one hears the more fastidious tones of Belloc; but the poems really derive from late Victorian rather than from Georgian verse.

Williams was drawing on two distinct traditions, one metaphysical, the other devotional. . . . (p. 9)

He was first and foremost a poet moved to verse by the stimulation of ideas; but in the early work the poems are containers, rather than generators, of their own thought-forms. He was hampered by the literary, as distinct from the metaphysical, tradition he inherited. . . . The rhythms inevitably control the sensibility; Williams was essaying ‘the plain style’, a versification based on a translucent vocabulary and a syntax which is only innappropriate for prose to the extent that the governing metre may determine an inversion. But the kind of complexity that filled his mind needed to be approached obliquely. Direct confrontation made for anything but lucidity; or say, rather, that to spell it out was to defuse the spell. This is why those of Williams’s readers who come to his early poems for the first time have an experience resembling the recognition of a familiar figure peering from old-fashioned clothing in a faded photograph. (p. 12)

So, of course, I must now share with you all a small sample of the day’s catch. Reading some of these, I find Cavaliero's characterisations quite helpful, though I admit I enjoy them rather more than one might expect from the above. Here is ‘Pentecost’ from Poems of Conformity, pp. 102-5 (the image above is an example of the Beuronese school):

When the porter let Me in
Out there flew a Dove:
Down It vanished through your din,
The name of It was Love.
O, so softly It would coo,
So sweet It was to see!
O who hath found My Dove? O who
Will bring It back to Me?

Must I go to search again
Through the weary earth?
It would be frighted at your pain,
And startled at your mirth.
It flies so quick, ’twould fly right through
The gates of destiny:
O who hath found My Dove? O who
Will bring It back to Me?

It will come at your command,
Nor doubt nor flutter much:
If you should take It in your hand
It will not fear your touch..
But they who do It wrong shall rue
Their shameless cruelty:
O who hath found My Dove? O who
Will bring It back to Me?

My Father will come down to him,
And give him many things;
The Dove will overshadow him
With beating of Its wings;
And I Myself to him will sue
For grace of amity.
O who hath found My Dove? O who
Will bring it back to Me?

Why swells the tumult in the hall?
Why wakes the town so late?
The king’s men watch upon the wall,
The burghers keep the gate.
The Prince hath taken sword in hand
To guard his crown this night,
The meanest of the beggar-band
Limps forth to help the fight..
Rumour of that last breathless post
Runs through the markets wide:
‘The Riders of the Holy Ghost
Ravage the country-side..’

Their names had left our easy lips
As in some idle tale,
But now from all our blazing ships
Leap up the fires of bale..
So once the homes of Sodom woke
To slaughter in the night,
So on Gomorrah’s altars broke
The tempest of their might.
Sound trumpets through the furthest host!
No whit the storm abates!
The Riders of the Holy Ghost
Are shouting at the gates!

The princeliest houses of the town
Whose very names are strong
Lead forth the liegemen of the crown:
And what shall do them wrong?
The Banner of the Clouded Stars
Upon our walls is set;
The Standard of the Golden Bars
With all his peers is met:
These, that we fear and honour most,
Can take no shame or loss.—
The banner of the Holy Ghost
A dove upon a cross!

Must we who overthrew the lands,
Made desolate the sea,
Against these roving robber bands
Battle so desperately?
Kinsmen, we fight we know not what,
Our hearts are sick with fear,
And still the dawn upriseth not
To show if help be near..
Now breaks, now flies, the gathered host:
The royal standard falls:
The Riders of the Holy Ghost
Have stormed the outer walls!

Now battle from each lane and street
Bursts on the shrieking town,
And under its pursuing feet
Our lords are trodden down..
Dead by his house the burgher falls,
Unsceptred lies the king;
The Riders fire the city halls,
And as they slay they sing:
‘O fallen is their pride, their boast,
The city of their love!
Ho, brothers of the Holy Ghost,
Follow the flying Dove!’

(Oops. Lost a comment. Let's see if I can remember it!)

I think that I, altogether quite imitable, will have to stroll downhill to Apocryphile (how cool is that name, by the way?) Press, and see if they have any of their stuff on hand.

In David Jones' Epoch and Artist there is an essay, The Arthurian Legend, which is a review which appeared in The Tablet Christmas Day 1948, as a review of Arthurian Torso. Jones also catches the accusation that Gervase Mathew was a Benedictine when in fact he was a white friar. Jones would have known well, being a Welsh Catholic in the same circles. I think you would enjoy this essay by Jones, if you have not already. I would be quite interested in what you think of Jones' essays generally, as well. He deals with many themes dear to your heart.

Thanks for the tip! I might have to get a librarian friend to inter-library loan it for me...