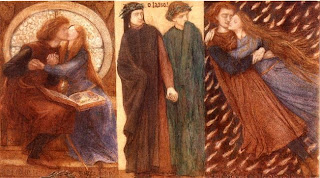 One of my pet peeves is the tendency modern readers have to go looking for, and thus, finding, their own proclivities and sensibilities in old books, rather than allowing themselves to be shaped by the proclivities and sensibilities that are present in the old books themselves. In the prefatory note ‘To Novices’ in his commentary on St Benedict’s Rule, Adalbert de Vogüé writes:

In an ancient text like this, many things apparently mean nothing to us. We must learn to wait, to pay attention to what we have trouble understanding, to come to grasp a language and concerns which are not ours. . . . We must leave ourselves behind and listen to another’s voice if we are to receive something. (Reading St Benedict: Reflections on the Rule, trans. Colette Friedlander [Kalamazoo, MI: Cistercian, 1994], p. 15)

If only these words, or similar ones, could be inscribed in the prefatory material to every old book! I, for one, have taken them as a guiding motto for the ‘Old Books Reading Society’ that my wife and I have begun (about which more, perhaps, in a later post). But even Christians—whose diachronic unity in the Body of Christ, it seems to me, should make us less susceptible than others to the sort of chronological snobbery de Vogüé is addressing—fall prey to the tendency I’ve mentioned. I shall give one example that struck me.

As the subject of my master’s thesis is the place of reading imaginative literature in the Christian life, I have of course spared a glance at nearly every book I’ve seen that seems to touch on this. One such, by a member of the Order of St Ursula, Nancy Malone, is called Walking a Literary Labyrinth: A Spirituality of Reading (NY: Riverhead, 2003). Now, some flags had already gone up for me when I first started to look at this book. It is on the fluffy side of ‘spiritual’ writing: reflective, emotive, almost narcissistic. The list of ‘diverse sources’ (a classic ‘motley crew’ device) on the inner flap has Virginia Woolf ahead of St Augustine. It is mustard yellow, a nauseous colour that should never be used for book jackets.

But I’m afraid I didn’t discover just how silly it was until I was working on a discussion of the story of the adulterous lovers Paolo and Francesca in Canto V of Dante’s Inferno (an illustration of the connection between imagination and the passions) for my thesis. There, in ll. 127-38, we read:

One day we read for pastime how in thrall
Lord Lancelot lay to love, who loved the Queen;
We were alone—we thought no harm at all.

As we read on, our eyes met now and then,
And to our cheeks the changing colour started,
But just one moment overcame us—when

We read of the smile, desired of lips long-thwarted,
Such smile, by such a lover kissed away,
He that may never more from me be parted

Trembling all over, kissed my mouth. I say
The book was Galleot, Galleot the complying
Ribald who wrote; we read no more that day.

Now, it has become quite common since the Romantic movement to ‘romanticise’ this story, and Canto V has become the favourite Dantean subject for artists since 1800. It is thought a shame that the two lovers are doomed to hell because they loved too much! Mark Doty asks, 'who [among contemporary readers] really condemns Paolo and Francesca' ('Rooting for the Damned', The Poets' Dante: Twentieth-Century Responses, ed. Peter S. Hawkins and Rachel Jacoff [NY: Farrar, Straus and Giroux, 2001], p. 375; to be fair, Doty at least recognises that this is part of his problem as 'a reader come of age in the twentieth century's second half')? Even Dante himself, by a mistaken association of Dante the Pilgrim (who, it is true, ‘swooned for pity’—l. 141) with Dante the Poet, is enlisted in this romanticising campaign. Fortunately, cooler heads often prevail among the best of the modern critics. John Freccero, for instance, has pointed out that while ‘Francesca’s description of love’ in l. 100 is similar to that of the young Dante, in the Inferno it ‘no longer reflects the author’s view’ (John Freccero, Dante: The Poetics of Conversion, ed. Rachel Jacoff [Cambridge, MA: Harvard U, 1986], p. 186). According to Freccero, ‘The rejection of Francesca’s theory of love is implicit in her damnation; if her words echo Dante’s own, she is their refutation’ (p. 187).

But all of this is forgotten, at least as a hermeneutic principle, in Malone’s passing comment on Inf. V.138: ‘an exquisite example of understated eroticism’ (Malone, p. 169)! Now, the mere remembrance that Dante has placed Francesca in hell, and that, consequently, he likely has little desire to describe her damnable actions in anything like a spirit of ‘eroticism’, suggests to me that we are on the wrong track here. But even if this were not enough, there are sound critical arguments, like those of Renato Poggioli (‘Paolo and Francesca’, Dante: A Collection of Critical Essays, ed. John Freccero [Englewood-Cliffs, NJ: Prentice-Hall, 1965], pp. 64-5), for reading ‘we read no more that day’ not as a cynical suggestion of what took place when the reading ended, but—are you ready for this shocking revelation?—as an indication that the adulterous lovers returned to the volume on subsequent occasions.

Only a very little bit of digging on Paolo and Francesca turned this up for me, unequipped as I am with the sort of libraries Malone has access to in the Big Apple. But with or without secondary literature, I maintain that there is a way to go about reading a 13th-c. poem in a way at least somewhat more appropriate to the worldview(s) of the 13th century. Certainly, let’s recognise that coy hints at adulterous lovemaking would have been morally and even æsthetically out of place in a consciously, deliberately Christian poem on a spiritual theme. Then perhaps we can move on, with Umberto Eco, to the recognition that for the mature Dante the real poetry is ‘a poetry of understanding’, not of 'exquisite eroticism', ‘capable of thrilling us not just at the kiss of Paolo and Francesca but at the architecture of the heavens, at the nature of the Trinity, at the definition of faith as the substance of things hope for and the evidence of things unseen’ (Umberto Eco, ‘A Reading of the Paradiso’, On Literature, trans. Martin McLaughlin [Orlando: Harvest, 2004], pp. 21 & 20-21).
Posted by Aaron Taylor at 9:11 PM

Giggle! Okay, I'll brave it! When I read this poem, my thoughts immediately go to shock, what an apt description of so-called, adulterous love and how it cannot possibly be a "Christian work." But then I see, it may be an example of what not to do, what to be on guard against in terms of fidelity. Interesting. I am not educated beyond Hi Sch. and not, until now a reader of old Christian text beside my NIV Matthew Henry In One Volume, whom I adore to study with. Kim's Auntie di

Dianne> So I just had to wait 3 1/2 years for my first comment on this post! Thank you.

You are exactly right. Dante is by no means glamorising or glorifying adulterous 'love'. In fact, having studied the poem in even more depth since writing this, it is clear to me that he does not consider it to be real 'love' at all. It is precisely an example of 'what not to do'. It would be interesting to see someone do a serious juxtaposition of Dante/Beatrice with Paolo/Francesca.

By the way, I think you'll find a Matthew Henry quote or two on this blog. I turn often to his commentary myself when I'm preparing homilies for chapel at school! Even though he comes after the Reformation, it seems to me that he preserves much of the ancient approach to interpreting Scripture.