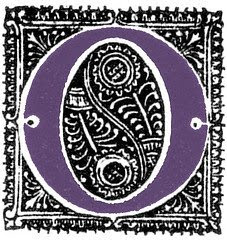 my valued readers, I’ve been putting off work on an Advent post, but now that we Orthodox on the Old Calendar have reached what the Catholics, Anglo-Catholics, and, I suppose, Western Rite Orthodox (whether they follow the Roman or the Sarum tradition), or some of them, call ‘Sapientiatide’, it can no longer safely be avoided. One of the primary purposes of this blog, aided by the day-by-day nature of blog-posting, is to be an urgent call to and enhancement of the observance of the liturgical year. I believe it is one of the most grievous lacunæ of modern life that not only is the passage of the year often unobserved entirely—thanks to our technological alienation from the sky, the seasons, and the fields—but that when it is observed it is only marked by degraded, almost entirely secularised ‘rituals’ (see this, for example). Sanctifying the passage of the year is part of how we fulfill St Paul’s exhortation to ‘walk circumspectly, not as fools, but as wise, redeeming the time, because the days are evil’ (Eph. 5:16-7).

The period of the Nativity Fast is one of my favourite times to try to focus on this, precisely because of the nearly complete dominance of what I have referred to as the ‘degraded, almost entirely secularised “rituals”’ that American society offers us during this season. It is a period of preparation for the observance of the Feast of the Nativity of our Lord, God, and Saviour, Jesus Christ, the celebration of our Lord’s coming in the flesh, and for this reason it has long been known in the Western world as ‘Advent’. The expectation of the feast is made more acute in the Western liturgical tradition, beginning on the 16th or 17th of December, by the use of a series of antiphonal hymns sung at Vespers with the Magnificat (much like our Άξιον εστίν is used during Matins in the Byzantine typicon), commonly known as the ‘O Antiphons’ because of the vocative ‘O’ with which they all begin.

Now this is a well-known tradition, which one can read more about in quite a few other places (I recommend this one and this one). It has also, I am informed, been done to death on countless blogs. I don’t want to bore those who are already quite familiar with them, or annoy those who never cared in the first place—cough! (Christopher Orr), cough! cough! (Esteban Vázquez)—so I’ll just point out two interesting things I’ve come across that don’t show up in a lot of ‘O Antiphon’ stuff.

The first is a series of sonnets based on each antiphon by this guy, Malcom Guite, which I found here. I really like these, and the whole idea of using the sonnet is very classy to me. Each day until Christmas, I am going to post Guite’s sonnet for the O Antiphon of that day (based on the Sarum practice). It will not be the only post, so if someone has no interest in it, they will have something else to read too.

The second is the Advent Lyrics by the mysterious Anglo-Saxon poet, Cynewulf, contained in the 10th-c. manuscript known as the Exeter Book, published in the Columbia University Anglo-Saxon Poetic Records collection (George Philip Krapp and Elliot Van Kirk Dobbie, eds., The Exeter Book, The Anglo-Saxon Poetic Records, A Collective Edition: Vol. III [Morningside Heights, NY: Columbia U, 1963]). Cynewulf, much like Mr Guite in our own day, wrote lyrics expanding on the themes of the O Antiphons for all but three of them. Kevin Crossley-Holland has published verse translations of two in his The Anglo-Saxon World: An Anthology [Oxford: Oxford U, 1984], pp. 197-8. Charles Huntington Whitman published a prose translation of all of ‘Christ I’ (the longer poem of which the Advent Lyrics are a part) in The Christ of Cynewulf [Boston: Ginn & Co., 1900], available online here. I will post Crossley-Holland’s verse translations on the days to which the corresponding antiphons are assigned in the Sarum practice (19 and 21 December), and Whitman’s prose translations on the days to which the other corresponding antiphons are assigned. Because Cynewulf’s poem does not contain lyrics corresponding to the antiphons for 16, 17, and 18 December, I will not begin posting these until Thursday, 19 December according to the old Orthodox calendar. These translations will be included in the posts along with Guite’s sonnets.

I apologise to all of those who will be annoyed or uninterested in this stuff. I myself find the O Antiphons quite interesting (I was a little shocked when I realised their connection with ‘O Come, O Come Emmanuel’, a hymn I’ve loved since I was a little kid), but of course, I don’t follow enough blogs to find myself ‘inundated’ by posts about them! Christopher Orr has mentioned that he doesn’t have ‘a connection’ to them, the same way most Americans don’t have one with the Byzantine hymns for the Nativity. But I certainly did have that connection with ‘O Come, O Come’, and even though the O Antiphons per se were new to me a few years ago, I think part of what appealed to me was the idea of them being chanted in Advent in the Western monasteries centuries ago, the churches and the ‘feel’ of which have been part of my cultural consciousness for a long time. These do not seem foreign to me, although the modern, watered-down ‘heirs’ to them do! Anyway, far be it from me to argue that one ought to feel a connection to something. Also, Orr's points about the Western Rite are certainly well taken.

Well, after all of that ado, here are Guite’s sonnets for 16 and 17 December:

O Sapientia
I cannot think unless I have been thought
Nor can I speak unless I have been spoken
I cannot teach except as I am taught
Or break the bread except as I am broken.
O Mind behind the mind through which I seek,
O Light within the light by which I see,
O Word beneath the words with which I speak
O founding, unfound Wisdom, finding me
O sounding Song whose depth is sounding me
O Memory of time, reminding me
My Ground of Being, always grounding me
My Maker’s Bounding Line, defining me
Come, hidden Wisdom, come with all you bring
Come to me now, disguised as everything.

O Adonai
Unsayable, you chose to speak one tongue
Unseeable, you gave yourself away,
The Adonai, the Tetragramaton
Grew by a wayside in the light of day.
O you who dared to be a tribal God,
To own a language, people and a place,
Who chose to be exploited and betrayed,
If so you might be met with face to face,
Come to us here, who would not find you there,
Who chose to know the skin and not the pith,
Who heard no more than thunder in the air,
Who marked the mere events and not the myth.
Touch the bare branches of our unbelief
And blaze again like fire in every leaf.

I've been reading your blog for a couple of weeks now. I'm typically opened to something new and esoteric (in the healthiest sense of that word). I'm not a big poetry guy, but sometimes specific phrases speak powerfully. In today's post, I especially like "O Word beneath the words with which I speak." As a professional "wordsmith" of sorts, it's a reminder that God the Word is in some way infused in all of my limited and earthbound efforts to communicate verbally. And do, O Word, "touch the bare branches of my unbelief and blaze again like fire in every leaf!"