'whispering to the one who raised the dead' 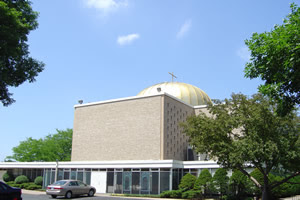 An older lady I met at a local arts event a month or so ago lent me--on a whim--a book of poems by Franz Wright. I still have only read two poems. I'm a bit skeptical of contemporary poets as I usually don't like their work (lack of structure, lack of rhythm, lack of meaning, banality of theme--I could probably go on). But I was beginning to worry that I'd lost the book, so when I discovered it tonight I decided to open it. I read one interesting--but not unusual--piece on observations of nature, and then I randomly turned to this:

There are times I can still
sense the congregation
all around me, whispering
to the one who raised the dead;
the one whose own
pulse had ceased, and yet returned
from the tomb.

His face above
in the high
enormously bright golden dome
of the ceiling:
the Face
so different
from the human

face of Jesus clenched
with agony,
or the beautiful Lord
of Hieronymous Bosch
gently bearing his cross through
the sneering crush.
Each Sunday morning

my speechless lost mother
brought me among them there;
they were mostly old people
on canes, and some I remember
were blind: all of them gone
by now, to their Father's mansion
under the grass.

So I'm not sure what I think. It's interesting. I like the tacit acknowledgement of faith in the unqualified 'and yet returned / from the tomb'. One could read the last line as a bit cynical, but in context I don't really think it is. I do pay attention to the language here--that is, it makes me think. I find 'whispering / to the one who raised the dead' a fascinating line. But ultimately, I just don't know. I think I'll stick with Marvell.
As an aside, it occurred to me to add that Sir John Betjeman (a former student of C.S. Lewis, no less!) wrote what I feel is a superior poem on entering a Greek Orthodox temple. Something for a future post, perhaps.
Finally, I was unable to find a 'St Paul's Greek Orthodox Church' in Minneapolis. I did find a St Mary's (see the photograph above), and if that was the building Wright was taken to, I feel very sorry for him indeed.
Posted by Aaron Taylor at 8:32 PM